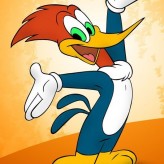 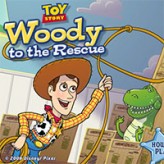 Woody to the Rescue
advertisement

Woody Woodpecker is a self-titled platformer adventure game based on the cartoon character of the same name. Kick and peck your enemies and try to complete all levels in this traditional action platformer game.

Woody Woodpecker is an action platformer game developed by Planet Interactive and was released in 2001 for the Game Boy Color handheld system (GBC). The game features the classic cartoon character franchise mixed with retro-old school style and art making the game looks a lot older than it should be. Because of this, the game harbored a lot of negative comments despite the game being fine on its own. The game is designed to be played by really young children who can appreciate repetitive gameplay despite not knowing who the character is. Nevertheless, the game is fun and worth trying.

Play Woody Woodpecker game online in your browser free of charge on Arcade Spot. Woody Woodpecker is a high quality game that works in all major modern web browsers. This online game is part of the Arcade, Action, Emulator, and GBC gaming categories. Woody Woodpecker has 1 likes from 1 user ratings. If you enjoy this game then also play games Woody Woodpecker's Frustrated Vacations and Woody Woodpecker Racing. Arcade Spot brings you the best games without downloading and a fun gaming experience on your computers, mobile phones, and tablets. New arcade games and the most popular free online games are added every day to the site.