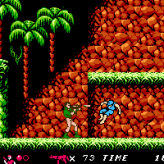 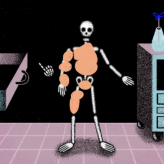 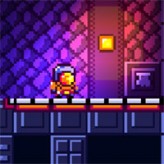 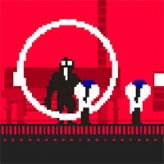 Play the role of a special agent and investigate a large drug syndicate that covers all of South America in this action-packed side-scrolling video game – Code Name: Viper! Join the cool action in this old-school game.

Code Name: Viper (originally released as “Human Weapon Dead Fox) is a side-scrolling action shooter video game similar to the likes of Contra. Released back in 1990 for the Nintendo Entertainment System (NES), in this game, you will take the role of Kenny Smith, a special Force agent under the codename Viper. Infiltrate seven hideouts and uncover various clues to identify the Syndicate’s true mastermind. Good luck and have fun!

Play Code Name: Viper game online in your browser free of charge on Arcade Spot. Code Name: Viper is a high quality game that works in all major modern web browsers. This online game is part of the Arcade, Shooting, Emulator, and NES gaming categories. Code Name: Viper has 1 likes from 1 user ratings. If you enjoy this game then also play games James Pond - Codename Robocod and Duel Masters: Shadow Of The Code. Arcade Spot brings you the best games without downloading and a fun gaming experience on your computers, mobile phones, and tablets. New arcade games and the most popular free online games are added every day to the site.