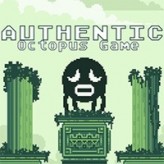 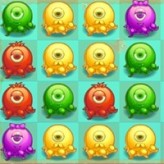 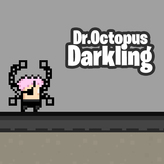 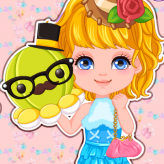 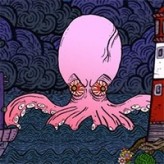 Do you want to be an octopus? Have you ever wondered what it’s like to be one? Well too bad you’ll only get the cheap Octopus experience in Authentic Octopus Game! Jump from platforms to platforms and shoot ink in this funny retro-styled action platformer game!

Authentic Octopus Game is a pixelated action platformer game featuring one tiny octopus that nobody likes. In this game, you requested a beautiful octopus simulation game, but since you provided upsetting answers you will now play a cheap octopus game! The game is actually quite fun and hilarious. You want to become an octopus instead, you were trained to be a ninja, have some awesome spin jumps ability, and finally learn how to… swim? Collect new weapons like Missiles, Shurikens, and Bombs! But don’t forget to equip your ink!

Play Authentic Octopus Game game online in your browser free of charge on Arcade Spot. Authentic Octopus Game is a high quality game that works in all major modern web browsers. This online game is part of the Adventure, Arcade, Platform, and Challenge gaming categories. Authentic Octopus Game has 1 likes from 1 user ratings. If you enjoy this game then also play games Octopus Hugs and Dr Octopus Darkling. Arcade Spot brings you the best games without downloading and a fun gaming experience on your computers, mobile phones, and tablets. New arcade games and the most popular free online games are added every day to the site.