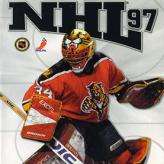 Go on a head to head action alongside your favorite ice hockey team in this awesome sports simulation video game – NHL 97! Know your team and use the ace player’s signature ability to bring victory to the team. Have fun!

NHL 97 is an ice hockey sports simulation video game and is the sixth installment of EA game’s NHL game series. The game features state-of-the-art graphics at the time using the full 3D engine with motion-captured polygonal players. NHL ’97 is also the first game in the series to add national teams allowing the player to pick hockey players to compete in drills like goalie 2 on 0, accuracy shooting, and more. The game also added fake shots and “signature” moves for the NHL stars!

Play NHL 97 game online in your browser free of charge on Arcade Spot. NHL 97 is a high quality game that works in all major modern web browsers. This online game is part of the Arcade, Sports, Emulator, and SNES gaming categories. NHL 97 has 9 likes from 9 user ratings. If you enjoy this game then also play games NHL 2002 and NHL 99. Arcade Spot brings you the best games without downloading and a fun gaming experience on your computers, mobile phones, and tablets. New arcade games and the most popular free online games are added every day to the site.