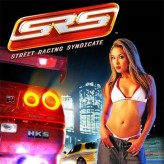 Drive a beast on wheels and win various drag racing competitions. Earn respect and money as you upgrade your vehicles in Street Racing Syndicate! Keep going for the gold until you’re the best in town and own the juice!

Street Racing Syndicate (abbreviated as SRS) is a 2004 racing video game developed for multiple game consoles including the Game Boy Advance handheld system (GBA). The game starts after Eddie was caught by the cops and you take his car for your own. Having a big break in the street race, you decided to focus on wowing the ladies. The game mainly features underground import racing scene. Try to get the respect and attention of various women in the city and have fun!