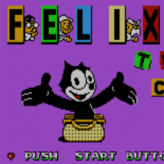 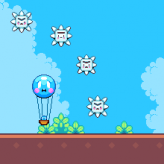 Play the classic Fix-It Felix Jr game that inspired the animated film Wreck-It Ralph! Fix doors and windows with your magic hammer and throw Ralph off the hotel! Avoid falling bricks and keep up with Wreck-It Ralph’s destructive force in this classic game!

Fix-It Felix Jr is a classic arcade game that became even more popular when the movie Wreck-It Ralph came up. In this game, you play as Fix-It Felix and your goal is to fix everything that Wreck-It Ralph destroys. Using your dad’s magic hammer, you will repair broken and fix broken windows of a 5-star hotel. The citizen will sometimes give you pie and other gifts that will assist you in your quest. Pies will make Fix-It Felix invulnerable for a limited amount of time while giving him added boost on his repair abilities.