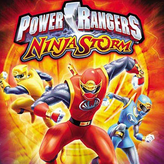 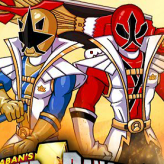 Play the role of the Red, Blue, Yellow, or the strong Green Ninja Power Ranger in this sidescrolling action game – Power Rangers – Ninja Storm! Pick up your sword and unleash your fury to the enemies. Defeat various bosses and transform into a giant robot!

Power Rangers – Ninja Storm is a fun sidescrolling action game based on the TV series of the same name. Evil aliens led by a vile alien named Lothor have attacked all the ninja academies as part of his diabolical plan to conquer the planet Earth. However, he failed to wipe them all as a few ninja students remain. Three students from the Wind Ranger ninja academy and two students from the Thunder Ranger ninja academy survived the attack and promised to rescue the world. A mysterious green samurai ranger also appeared, and together they must all team up to defeat the evil aliens.