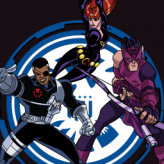 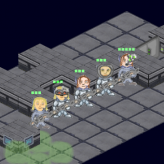 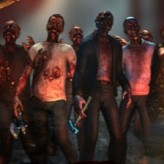 Play as the two most emblematic yet very human characters from the Marvel franchise and take on the evil organization Hydra in Avengers Takedown! Hunt down your enemies and foil Hydra’s evil plans!

Avengers Takedown is an action-packed platforming video game where you take control of two SHIELD agents from the Avengers franchise: Hawkeye and Black Widow. In this game, the Hydra is active once again and you must stop this evil organization before their plan succeeds. The game features 8 intense levels where you must defeat all Hydra’s henchmen, guards, and soldiers and bravely fight your way to the final battle. The game itself is faithful to the story and events of the animated TV series Avengers.

Play Avengers Takedown game online in your browser free of charge on Arcade Spot. Avengers Takedown is a high quality game that works in all major modern web browsers. This online game is part of the Arcade, Action, Archery, and Anime gaming categories. Avengers Takedown has 1 likes from 1 user ratings. If you enjoy this game then also play games Captain America and the Avengers and Marvel Avengers Tactics. Arcade Spot brings you the best games without downloading and a fun gaming experience on your computers, mobile phones, and tablets. New arcade games and the most popular free online games are added every day to the site.