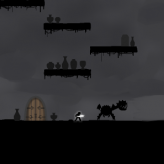 The Avengers have gathered together to stop the latest HYDRA project! Help the team overcome the threat and save the world in Marvel Avengers: Hydra Dash. Gather intelligence and collect memory sticks as you run behind enemy lines.

Marvel Avengers: Hydra Dash is an action-packed sidescrolling platformer and fighting video game with two game modes: Story and Endless Run. In Story Mode, you must join the Avengers as they try to stop the evil organization known as Hydra led by an evil superhuman named Red. You must fight through 12 challenging levels and defeat the final boss to complete the game. As you play the game, you will unlock all the different characters from the franchise. The characters in this game are:

Each character has its own set of attacks and unique abilities. You may also upgrade their abilities to give them a little boost in the game - making each character unique. In Endless Run mode, all you need to do is run forward while collecting memory sticks and completing various missions for extra points. You can play the characters you have unlocked in Story Mode in the Endless mode as you try to reach the highest score.

Play Marvel Avengers: Hydra Dash game online in your browser free of charge on Arcade Spot. Marvel Avengers: Hydra Dash is a high quality game that works in all major modern web browsers. This online game is part of the Arcade, Action, Running, and Mobile gaming categories. Marvel Avengers: Hydra Dash has 2 likes from 2 user ratings. If you enjoy this game then also play games Marvel Vs. Capcom: Clash of Super Heroes and Marvel vs Capcom: Clash of the Super Heroes. Arcade Spot brings you the best games without downloading and a fun gaming experience on your computers, mobile phones, and tablets. New arcade games and the most popular free online games are added every day to the site.