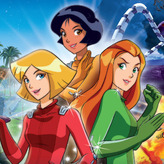 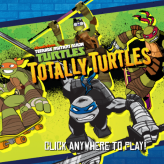 Save your school and save the world as you become a cool teenage spy girl in this awesome action game based on the popular cartoon – Totally Spies! 2 – Undercover! Complete various missions and use your amazing spy tools to complete dozens of levels!

Totally Spies! 2 – Undercover is an action video game created for the Game Boy Advance hand held system (GBA) based on the French anime-influenced cartoon television series titled Totally Spies!. Join the three Beverly Hills girls Alex, Clover, and Sam as they dive into the dangerous world of espionage. Use your wits to guide them and use their high tech gadgets as they try to overcome villains and save the world from villainous threats. The game has 25 levels and features elements of platforming, shooting, puzzle solving, among many others.