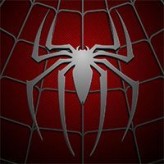 Climb walls and swing with your web and beat up thugs and bad guys in this fighting platformer game. Become the wall climbing super hero Spider-Man today! Use your skills and explore New York city to battle evil and evil-doers! Fight the Green Goblin in an epic show down and win!

Play as Peter Peter as he defend the streets of New York from bad guys as Spider-Man. Great power comes with great responsibility! Play as Spider-Man and crawl in the back alley of New York city and keep the crime rates low. This game is based on the first modern Spider-Man film and features our hero’s arch nemesis – the Green Goblin. The game also features many villains that did not make an appearance in the movie.

Play Spider-Man game online in your browser free of charge on Arcade Spot. Spider-Man is a high quality game that works in all major modern web browsers. This online game is part of the Adventure, Action, Emulator, and GBA gaming categories. Spider-Man has 176 likes from 196 user ratings. If you enjoy this game then also play games Ultimate Spider-Man and Spider-Man 3. Arcade Spot brings you the best games without downloading and a fun gaming experience on your computers, mobile phones, and tablets. New arcade games and the most popular free online games are added every day to the site.