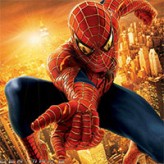 Spider-Man 2 is an action adventure video game released in 2004 for multiple gaming consoles including Game Boy Advanced. The game follows the story of the film of the same name, about a young boy that was bitten by a genetically engineered spider that soon developed various super powers. Orphaned at a young age, join Peter Parker, a good-hearted teenager, as he battles the world’s toughest villains, including Vulture, Shocker, and the Green Goblin with your new-found super powers, combat moves, and acrobatic maneuverability! Have fun and good luck!

Play Spider-Man 2 game online in your browser free of charge on Arcade Spot. Spider-Man 2 is a high quality game that works in all major modern web browsers. This online game is part of the Adventure, Action, Emulator, and GBA gaming categories. Spider-Man 2 has 95 likes from 114 user ratings. If you enjoy this game then also play games Ultimate Spider-Man and Spider-Man 3. Arcade Spot brings you the best games without downloading and a fun gaming experience on your computers, mobile phones, and tablets. New arcade games and the most popular free online games are added every day to the site.