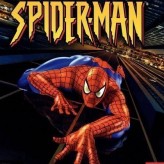 An impostor Spider-man had attacked Dr. Otto Octavius who was holding a scientific demonstration at Science Expo 2000! Help Spider-Man vindicate himself while trying to avoid the authorities and fighting against the enemies in Spider-Man 64!

Spider-Man 64 is an action-adventure video game released back in 2000 for the Nintendo 64 gaming console. Play the role of Spider-Man as he tries to complete one level after another, either trying to reach the exit found at the end of the level or complete a certain objective. The game also features a variety of different costumes that span the course of Spider-Man’s career. Will you be able to find all the hidden spider costumes? Will you be able to vindicate our hero? Good luck and have fun!

There have been 17 likes from 19 votes on this game.

Play Spider-Man 64 game online in your browser free of charge on Arcade Spot. Spider-Man 64 is a high quality game that works in all major modern web browsers. This online game is part of the Adventure, Action, Emulator, and N64 gaming categories. Spider-Man 64 has 17 likes from 19 user ratings. If you enjoy this game then also play games Ultimate Spider-Man and Spider-Man 3. Arcade Spot brings you the best games without downloading and a fun gaming experience on your computers, mobile phones, and tablets. New arcade games and the most popular free online games are added every day to the site.