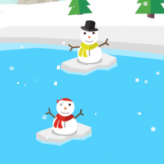 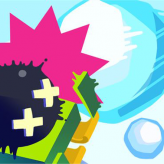 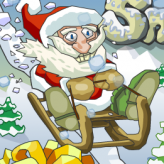 Monsters are popping out of nowhere! Send them back to oblivion by turning them into snowballs and squashing the others in Snow Bros: Nick and Tom! Get power-ups and destroy all monsters with ease.

Snow Bros: Nick and Tom is a classic 1990 platform arcade game that features a gameplay similar to the beloved Bubble Bobble. The game features two snowmen Nick and Tom as they try to defeat enemies by throwing snowballs at them. When an enemy is completely covered with snow, it turns into a snowball that can be rolled and will rebound when it hits the walls. Enemies hit by a rolling giant snowball will also be eliminated. Each level ends when all enemies are defeated. A boss can be fought on every 10 levels.

There have been 63 likes from 67 votes on this game.