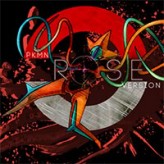 Explore the region of Centiq and deal with not one, but three enemy teams; Rocket, Aqua, and Magma in this fun Pokemon hack game – Pokemon Rose! Be taken into the depths of dungeons and tips of the mountain and explore new routes, new maps, and new cities!

Pokemon Rose is a fun work in progress ROM hack based on the original Pokemon Fire Red. The game takes place a year after a Pokemon Trainer defeated Kanto’s Team Rocket and became a Pokémon League Champion. The game is still incomplete and is in heavy work in progress. This current version ends after completing the 2nd Gym in Marvelight City. Encounter a new organization called the Thrasher and discover their goals. Have fun!

There have been 63 likes from 66 votes on this game.

Play Pokemon Rose game online in your browser free of charge on Arcade Spot. Pokemon Rose is a high quality game that works in all major modern web browsers. This online game is part of the Adventure, Strategy, GBA, and Pokemon gaming categories. Pokemon Rose has 63 likes from 66 user ratings. If you enjoy this game then also play games Pokemon Fire Red Version and Pokemon Emerald Version. Arcade Spot brings you the best games without downloading and a fun gaming experience on your computers, mobile phones, and tablets. New arcade games and the most popular free online games are added every day to the site.