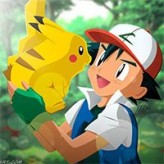 Play the role of Ash Ketchum in this accurate recreation of the Pokemon TV anime series. Join the adventure of Ash and Pikachu in Pokemon Ash’s Quest! Watch and be a part of all 82 episodes of the Anime series!

Pokemon Ash’s Quest is an ambitious Pokemon Rom hack based on the events, story line, and characters of the first 82 episodes of the animated TV series of Pokemon. In this game, you will play as Ash Ketchum and you’ll have your starter Pokemon Pikachu. To stay true to the anime, the game features no random trainer challenges and no wild Pokemon that will jump at you. The game also features A.J.’s Gym, the school of Hard Knocks, singing jigglypuff, and more!

There have been 66 likes from 71 votes on this game.

Play Pokemon Ash’s Quest game online in your browser free of charge on Arcade Spot. Pokemon Ash’s Quest is a high quality game that works in all major modern web browsers. This online game is part of the Adventure, Strategy, GBA, and Pokemon gaming categories. Pokemon Ash’s Quest has 66 likes from 71 user ratings. If you enjoy this game then also play games Pokemon Fire Red Version and Pokemon Emerald Version. Arcade Spot brings you the best games without downloading and a fun gaming experience on your computers, mobile phones, and tablets. New arcade games and the most popular free online games are added every day to the site.