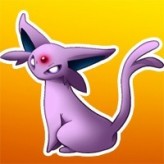 Play the role of a student at the West Academy and embark on a Pokemon adventure! Learn about Pokemon Art and defeat Team Aqua in Pokemon Old White! Start your journey around Denta and fill up your Pokedex from top to bottom!

This Pokemon Hack was originally called Pokemon White, but since there are now new version claiming the name, this hack was later renamed to Pokemon Old White or Pokemon (OLD) White. In this game, you are a student studying at the West Academy. However, to graduate you must receive a Pokemon, train it, and defeat a mysterious trainer using the Pokemon given. The game also features a new world map, and Pokemon moves from Diamond and Pearl. Start your journey and begin your Pokemon adventure! Have fun!

Play Pokemon Old White game online in your browser free of charge on Arcade Spot. Pokemon Old White is a high quality game that works in all major modern web browsers. This online game is part of the Adventure, Strategy, GBA, and Pokemon gaming categories. Pokemon Old White has 6 likes from 6 user ratings. If you enjoy this game then also play games Pokemon Fire Red Version and Pokemon Emerald Version. Arcade Spot brings you the best games without downloading and a fun gaming experience on your computers, mobile phones, and tablets. New arcade games and the most popular free online games are added every day to the site.