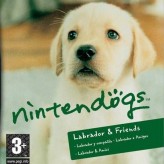 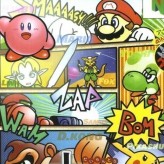 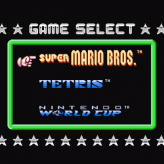 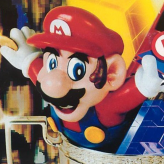 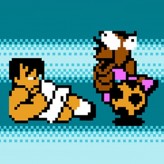 Select the team of your choice and play against another team in this wacky classic arcade soccer game! Outscore your enemy and win the match in Nintendo World Cup! Enjoy the fun animations in this challenging soccer game.

Nintendo World Cup is a classic soccer sports arcade game developed for the Nintendo Entertainment System (NES), and was released back in 1990. In this game, your goal is to score more points than the other team before the game ends. The game allows you to tackle, slide, shoot and pass and even do some special shots. Enter the tournament and fight against other teams. Each match will be significantly harder than the last. Have fun!

Play Nintendo World Cup game online in your browser free of charge on Arcade Spot. Nintendo World Cup is a high quality game that works in all major modern web browsers. This online game is part of the Arcade, Sports, Emulator, and NES gaming categories. Nintendo World Cup has 1 likes from 1 user ratings. If you enjoy this game then also play games Nintendogs: Labrador & Friends and Nintendo All-Star Dairantou Smash Brothers. Arcade Spot brings you the best games without downloading and a fun gaming experience on your computers, mobile phones, and tablets. New arcade games and the most popular free online games are added every day to the site.