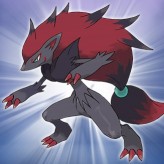 Take on the Pokemon Fire Red game unlike never before in this awesome and ambitious Pokemon ROM hack – Pokemon Nameless FireRed Project! Fight on physical/special split battles and evolve your Pokemon to their mighty mega-evolution stages.

Pokemon Nameless FireRed Project is an ambitious Pokemon ROM hack based on Pokemon Fire Red Version. The game features a lot of new and fresh ideas that will allow the player to play the Pokemon Fire Red game unlike never before. Unfortunately, the game is far from being complete and is currently in a heavy work in progress. The game features Generation IV pokemon, mega evolutions, expanded Pokedex, hidden abilities, ORAS level-up moves, a total of 120 TMs, and a lot more. In case you are wondering about the title, it is because the author azurile13 legitimately has not come up with a name. Regardless, have fun!