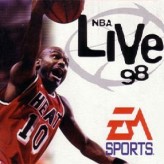 Play with the 1997 and 1998 NBA superstars and practice the new “Total Control”! Dunk, Pass, or lay-up in this basketball simulation game – NBA Live 98! Do some spin and some cross-over to avoid enemy defenders and take control of the game. Have fun!

NBA Live 98 is a basketball simulation video game for the Super Nintendo Entertainment System (SNES) based on National Basketball Association and the fourth installment of the NBA Live series. The game features accurate NBA Rosters during the 1997-98 game seasons and includes a new system called “Total Control”. The game has a lot of new innovative features during the time that became standard in today’s basketball simulation games. The game also features new player models and faces modeled after actual player photographs for added realism.

Play NBA Live 98 game online in your browser free of charge on Arcade Spot. NBA Live 98 is a high quality game that works in all major modern web browsers. This online game is part of the Arcade, Sports, Emulator, and SNES gaming categories. If you enjoy this game then also play games NBA Jam and Pokemon Pinball - Ruby & Sapphire. Arcade Spot brings you the best games without downloading and a fun gaming experience on your computers, mobile phones, and tablets. New arcade games and the most popular free online games are added every day to the site.