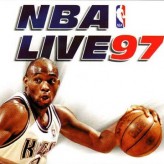 Come and play a real NBA competition with NBA Live 97! Play on a 2 on 2, or 3 on 3 half-court matches and compete with the stars! Select from over 29 NBA teams, 2 NBA All-stars, and 4 custom teams! Have fun!

NBA Live 97 is a 1996 EA Sports video game released on different gaming consoles including Super Nintendo Entertainment System (SNES). The game features a variety of game modes: 2 on 2, 3 on 3, 3 Point competition, shoot out competition and so much more. The game has an updated player roster that includes over 300 NBA stars including rookies at the time. The game also has complete stats and ratings for each individual player and a real-time stat tracker during season play! If you love basketball during the 90s, then you’ll surely love this game.

Play NBA Live 97 game online in your browser free of charge on Arcade Spot. NBA Live 97 is a high quality game that works in all major modern web browsers. This online game is part of the Arcade, Sports, Emulator, and SNES gaming categories. NBA Live 97 has 3 likes from 3 user ratings. If you enjoy this game then also play games NBA Jam and NBA Jam 2K20: Tournament Edition. Arcade Spot brings you the best games without downloading and a fun gaming experience on your computers, mobile phones, and tablets. New arcade games and the most popular free online games are added every day to the site.