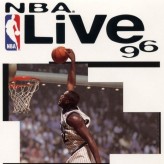 Pick a team, and play inside the court with your new moves and actions! Do some crossover, two-foot take offs, and finish it with a big slam in NBA Live 96! This game was a step forward to the franchise’s goal of adding a hint of reality to its games.

NBA Live 96 is a classic basketball Sports video game that was the first game in the series to feature a 3D rendered court that allows multiple camera angles that became a standard in the modern versions. The game features new animations and two new teams – The Vancouver Grizzlies and Toronto Raptors. Despite the 3D stage, the players remained as 2D sprites due to the technology limitations of the time. Regardless, this is still a cool game to play.

There have been 31 likes from 31 votes on this game.

Play NBA Live 96 game online in your browser free of charge on Arcade Spot. NBA Live 96 is a high quality game that works in all major modern web browsers. This online game is part of the Arcade, Sports, Emulator, and SNES gaming categories. NBA Live 96 has 31 likes from 31 user ratings. If you enjoy this game then also play games NBA Jam and Pokemon Pinball - Ruby & Sapphire. Arcade Spot brings you the best games without downloading and a fun gaming experience on your computers, mobile phones, and tablets. New arcade games and the most popular free online games are added every day to the site.