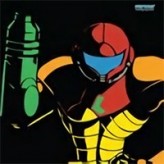 Ever wished you could play Super Metroid and Metroid Zero Missions in one game? Then this fan-made rom hack Metroid Super Zero Mission is for you! Players with adept and advance techniques will have get dozens of opportunities to use them, while the casual players will still have a good time.

Metroid Super Zero Mission is a complete fan made hack that combined the essences of both Super Metroid and Metroid Zero Missions. The game features a lot of ASM modifications that are used to considerably freshen up the gameplay. Created by a Japanese Hacker, Metroid Super Zero Mission is one of the best Metroid Rom hack that exist as of this time. Utilize all of Samus’ abilities like mid-air jump, dropping bombs, ice beam, boost dash, and many more. Keep an eye out for energy tanks, missile tanks, super missile tanks, and power bomb tanks, as they can save your life in many situations.

There have been 25 likes from 27 votes on this game.