Men in Black - The Series 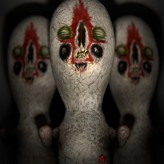 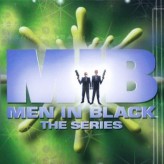 A group of nasty space worms have escaped the facility! Step into the shoes of a Men in Black agent and use your freezer gun in Men in Black – The Series. Freeze all the scum aliens but don’t kill them – they have their rights too!

Men in Black – The Series is a sidescrolling action game based on the TV franchise Men in Black. In this game, you play the role of one of the MIB agent. And as an agent, your job is to stop the pesky aliens from committing crimes. Use your advance weapons like the powerful freezer gun, the noisy cricket, awesome grenade launcher, and a lot of other futuristic weapons to battle an array of alien across New York, and even outer space. Have fun!

Play Men in Black - The Series game online in your browser free of charge on Arcade Spot. Men in Black - The Series is a high quality game that works in all major modern web browsers. This online game is part of the Arcade, Shooting, Emulator, and GBA gaming categories. Men in Black - The Series has 3 likes from 3 user ratings. If you enjoy this game then also play games Where in the World Is Carmen Sandiego and Spider-Man: Shattered Dimensions. Arcade Spot brings you the best games without downloading and a fun gaming experience on your computers, mobile phones, and tablets. New arcade games and the most popular free online games are added every day to the site.