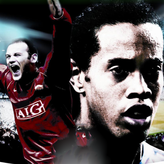 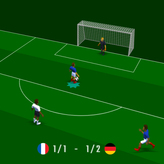 The famous GBA soccer game is now on your browser! Now with updated team and players, a modified control, and a hardcore gameplay. Test your skills in FIFA 07 Soccer! Choose one of the dozens of team or create your own in this awesome soccer simulation game for the Game Boy Advance.

FIFA 07 Soccer, also known as FIFA Football 07 or just FIFA 07, is a 2006 edition of EA Sport’s series of football simulator. This game was the last of the series to be released on the Game Boy Advance. The game features hundred of teams and dozens of leagues spanning across several countries. The game also features dozens of game modes including the ability to create your own original club.

There have been 22 likes from 24 votes on this game.

Play FIFA 07 Soccer game online in your browser free of charge on Arcade Spot. FIFA 07 Soccer is a high quality game that works in all major modern web browsers. This online game is part of the Arcade, Sports, Emulator, and GBA gaming categories. FIFA 07 Soccer has 22 likes from 24 user ratings. If you enjoy this game then also play games FIFA 99 and FIFA 11. Arcade Spot brings you the best games without downloading and a fun gaming experience on your computers, mobile phones, and tablets. New arcade games and the most popular free online games are added every day to the site.