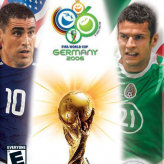 The beautiful game, Football. Fifa 2006, created by EA Sports, transports you to the pitch. Sponsored by fifteen officially sanctioned leagues that govern the game.

Choose from over one hundred teams that span across all continents. Even with issues and licensing, Japan and the Netherlands are available to play. You can participate in the world cup held in Germany, choose any team, and play your way to the top. Game modes are back, so whether you are a casual or hardcore fan of the game. You can enjoy the realness of the game as you hear the crowd roar on your home field. Score a goal and see your player celebrate as they would in real life. Career Mode comes in Manager Mode, where you can track the fifteen-season journey as a club manager. Will you negotiate with famous players and build an all-star club or focus on scouting and discovering hidden gems from the youth. Or will you move from one club to another? Impress players and bring the fans in, be the next Mourinho or Ferguson as you track your journey as the legend behind them all. AI also improved as defense tactics become more aggressive when you control a popular point-getter. So prepare your footies as this game brings you into the action in FIFA 2006.

There have been 43 likes from 45 votes on this game.

Play FIFA 2006 game online in your browser free of charge on Arcade Spot. FIFA 2006 is a high quality game that works in all major modern web browsers. This online game is part of the Arcade, Sports, Emulator, and GBA gaming categories. FIFA 2006 has 43 likes from 45 user ratings. If you enjoy this game then also play games FIFA 07 Soccer and FIFA 11. Arcade Spot brings you the best games without downloading and a fun gaming experience on your computers, mobile phones, and tablets. New arcade games and the most popular free online games are added every day to the site.