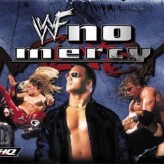 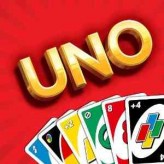 Play the last WWF game for the N64 gaming console and experience a tough wrestling bout inside and outside the ring in WWF No Mercy! Create your very own wrestler and rise up to become the most feared and popular wrestler of all time.

WWF No Mercy is a sports fighting video game based on the professional wrestling. Released back in the year 2000 for the Nintendo 64 (N64) gaming console. The game is a sequel to the 1999 game called WWF WrestleMania. WWF No Mercy has a lot of content omitted from the previous version, but it does make up for offering a lot of more features such as a more extensive create-a-wrestler mode and more. The game also features a lot of unlockable wrestlers, and the ability to create a female wrestler, which is impossible in the last game.

Play WWF No Mercy game online in your browser free of charge on Arcade Spot. WWF No Mercy is a high quality game that works in all major modern web browsers. This online game is part of the Arcade, Sports, Emulator, and N64 gaming categories. WWF No Mercy has 3 likes from 3 user ratings. If you enjoy this game then also play games WWF WrestleMania 2000 and WWF - Road to Wrestlemania. Arcade Spot brings you the best games without downloading and a fun gaming experience on your computers, mobile phones, and tablets. New arcade games and the most popular free online games are added every day to the site.