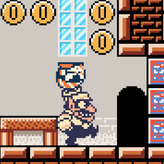 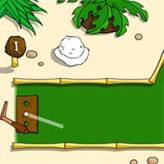 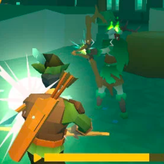 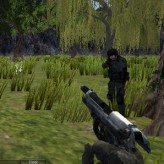 Wario’s nemesis, Captain Syrup has returned! Join Wario as he tries to recover his stolen treasures and get back to his nemesis in Wario Land 2! Give chess across the island and solve puzzles to unlock hidden areas!

Wario Land 2 (also known as Wario Land 2: The Stolen Treasure) is a 1998 platformer game and the sequel to the game Wario Land. In this game, Captain Syrup and her soldiers are back and they sneaked in to Wario’s castle to steal his treasures and left the tap running -causing a flood. Pissed off, Wario chased Captain Syrup to recover his treasures and thus the adventure begins. The game features many obstacles that impedes the player from progressing. This method forces the player to go back to previous levels and find other paths in order to progress. Have fun!

There have been 49 likes from 51 votes on this game.

Play Wario Land 2 game online in your browser free of charge on Arcade Spot. Wario Land 2 is a high quality game that works in all major modern web browsers. This online game is part of the Adventure, Arcade, Mario, and GBC gaming categories. Wario Land 2 has 49 likes from 51 user ratings. If you enjoy this game then also play games Wario Land 4 and Wario Ware Inc.. Arcade Spot brings you the best games without downloading and a fun gaming experience on your computers, mobile phones, and tablets. New arcade games and the most popular free online games are added every day to the site.