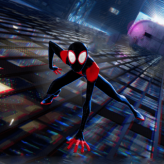 Avatar: Rise of the Avatar
advertisement

Stop Starscream and his army of treacherous Decepticons from destroying the city in this action packed transformers game – Transformers: Victory is Sweet! Locate the three beacons that Starscream is using and destroy them to halt the attack.

Transformers: Victory is Sweet is an action packed third person 3D game where you play the role of the yellow transformer BumbleBee. In this game, Starscream is leading an army of Decepticons bent on destroying the city. He placed three beacons in the city to guide and summon his army. You must stop Starscream by defeating his minions, finding and destroying the beacons, and defeating Starscream himself. Have fun!

The game file is pretty big and could take a while to load. Thank you for your patience.
The game requires UNITY3D web player add-on. Please play on supported browsers.