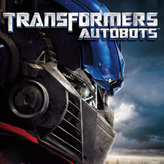 Autobots, Roll Out. Transformers: Autobot is a game based on the 2007 film Transformers, showing the fight between the two robot alien races from Cybertron.

Autobots and Decepticons wage war and race to get the AllSpark, the source of life, from their destroyed planet. Four locations are present, and objects are destructible. Objectives in the map shows as glow markers. With twenty-three story missions and thirty-four challenge missions, the test for your skills are endless. Destroy the enemy and gain XP and increase your stats. Unlock new and cool abilities to make your robot bashing even cooler. Name your transformer and scan vehicles so you can transform. Take control of the heroic machines, Optimus Prime, Bumblebee, Ironhide, Jazz, and Ratchet, as you protect humanity from the Decepticons. As you move along each level with your created transformer, you as a player will learn more about what it's like to be an Autobot. Re-create scenes and locations from the movie, fight through casino strip, protect the locals, scan some vehicles, and fight the evil that threatens humanity’s survival. Visit Hoover Dam to discover a secret government facility that houses the AllSpark. Once you have it, get ready for the battle of the ages with Megatron, the leader of the Decepticons. Be the hero that you are destined to be. Transformers: Autobot, Because there is more to you than meets the eye.