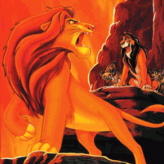 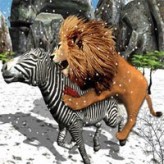 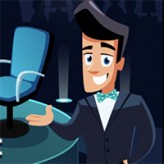 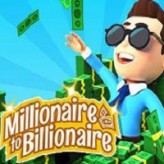 Go on a long and dangerous journey as Simba and complete the challenging levels one after another in this 2D sidescrolling video game - The Lion King! Collect various types of bugs that will help you through the game and play the fun and amazing mini-games between the levels!

The Lion King is a classic platformer video game based on the animated film of the same name and features the same plot as the film. Released back in 1994 for various gaming consoles including the Sega Genesis and Mega Drive, this game follows the lion cub named Simba as he goes on a wild adventure across the jungle. Will you be able to make it all the way to adulthood and become the next king? Good luck and have fun!

There have been 67 likes from 74 votes on this game.

Play The Lion King game online in your browser free of charge on Arcade Spot. The Lion King is a high quality game that works in all major modern web browsers. This online game is part of the Adventure, Arcade, Emulator, and SEGA gaming categories. The Lion King has 67 likes from 74 user ratings. If you enjoy this game then also play games The Lion Guard: Protector of the Pridelands and The Lion King - Simba's Mighty Adventure. Arcade Spot brings you the best games without downloading and a fun gaming experience on your computers, mobile phones, and tablets. New arcade games and the most popular free online games are added every day to the site.