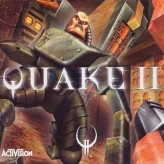 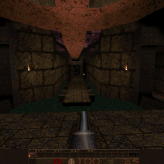 Play the role of a marine named Bitterman and take part in “Operation Alien Overlord” to defeat a horde of monsters in this first person shooting game – Quake 2!

Quake 2 is a first person shooter game released back in 1997 on various gaming platforms including the Nintendo 64 (N64) gaming console. The single player game takes place in a science fiction environment where you play the role of a marine in a dangerous operation to defeat the enemy alien overlord. The goal of the singleplayer game is to assault the enemy capital and assassinate the Strogg leader, the Makron. Are you accurate enough to shoot the enemies from a distance and evade their fire? Will you be able to defeat the enemy leader? Good luck and have fun!

Play Quake 2 game online in your browser free of charge on Arcade Spot. Quake 2 is a high quality game that works in all major modern web browsers. This online game is part of the Arcade, Shooting, Emulator, and N64 gaming categories. Quake 2 has 3 likes from 3 user ratings. If you enjoy this game then also play games Quake 64 and Quake Renascence. Arcade Spot brings you the best games without downloading and a fun gaming experience on your computers, mobile phones, and tablets. New arcade games and the most popular free online games are added every day to the site.