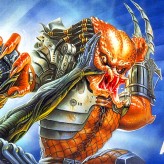 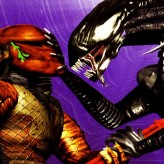 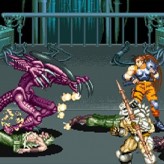 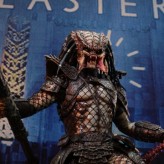 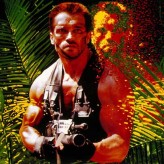 Play as a major of the U.S. Army Special Force and defeat different enemies inside the jungle in this action packed game! Find a weapon to defeat the predator that is hunting you down!

Predator is an action side-scrolling platform video game based on 1987 Arnold Schwarzenegger’s American science fiction movie. The game was released for Nintendo Entertainment System (NES) back in 1989. In this game, you will play as Major Alan “Dutch” Schaefer and you will begin the game without a single weapon. Pick up a machine gun, a grenade, or a laser rifle and use them to gain an advantage against different enemies including gorillas, snakes, giant scorpions, and much more. The predator will stalk and confront you many times in the game, find the cave that will get you to the next level.

There have been 36 likes from 45 votes on this game.

Play Predator game online in your browser free of charge on Arcade Spot. Predator is a high quality game that works in all major modern web browsers. This online game is part of the Arcade, Shooting, Emulator, and NES gaming categories. Predator has 36 likes from 45 user ratings. If you enjoy this game then also play games Alien vs. Predator and Alien vs Predator. Arcade Spot brings you the best games without downloading and a fun gaming experience on your computers, mobile phones, and tablets. New arcade games and the most popular free online games are added every day to the site.