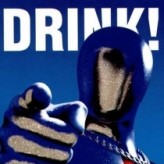 Play the role of the amazing PepsiMan and drink a can of Pepsi after each level in this fun action arcade game for the Nintendo classic gaming console.

Pepsiman is an action video game released back in 1999. The game is an advertising and marketing attempt for the Pepsi product. The game is consists of four stages and each stages is divided into smaller segments. On each stage, you will take control of the refreshing superhero named Pepsiman as he goes around various location giving drinks to thirsty people who really needs it. After every stage, a person drinking a can of Pepsi is shown to promote the product more. Will you be able to give everyone a drink? Good luck!

Play PepsiMan game online in your browser free of charge on Arcade Spot. PepsiMan is a high quality game that works in all major modern web browsers. This online game is part of the Arcade, Action, Emulator, and NES gaming categories. If you enjoy this game then also play games Super Mario Bros. and Super Mario Bros 3. Arcade Spot brings you the best games without downloading and a fun gaming experience on your computers, mobile phones, and tablets. New arcade games and the most popular free online games are added every day to the site.