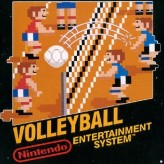 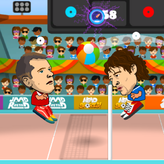 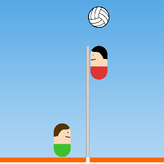 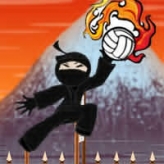 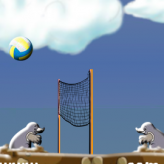 Can’t play a game of volleyball outside because of the weather? Then play indoors and have fun with this old-school sports game! Select a country to represent, outscore your opponents, and become the next champion.

Volleyball is a classic sports video game released for the Nintendo Entertainment System (NES) back in 1986 and is part of the many sports games series for the system. The game follows the same rules as your real life volleyball game where the player must take control of a team of six players divided into two lines; three at the net, and three at the back. The player must serve the ball into play and start the match. Compete in either men’s or women’s competition and play as a team that represents the United States, Japan, People’s Republic of China, South Korea, Brazil, Soviet Union, Belgium, Cuba, or Tunisia!

Play Volleyball game online in your browser free of charge on Arcade Spot. Volleyball is a high quality game that works in all major modern web browsers. This online game is part of the Arcade, Sports, Emulator, and NES gaming categories. Volleyball has 2 likes from 2 user ratings. If you enjoy this game then also play games Super Volleyball and Dig & Spike Volleyball. Arcade Spot brings you the best games without downloading and a fun gaming experience on your computers, mobile phones, and tablets. New arcade games and the most popular free online games are added every day to the site.