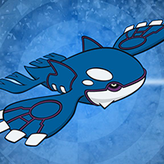 The third entry of the main series of Pokemon! Explore the Hoenn region together with Team Aquaa! Discover 150 new species of Pokemons and join Double Battles in Pokemon Sapphire! Get the chance to capture the legendary water Pokemon Kyogre in one epic battle!

Pokemon Sapphire Version is a sister version to Pokemon Ruby and is released at the same time. In this version of the game, the player will try to capture the legendary Pokemon Kyogre and bring peace back to the land. In this game, the protagonist will participate in Team Aqua (Team Magma in Ruby Version). The game features an all new generation of Pokemon to capture, train, and evolve. Pokemon Sapphire showcases many new features such as double battles, secret bases, and Pokemon Contests.