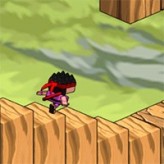 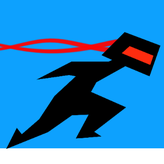 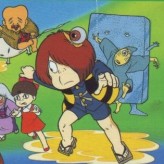 Play the role of a talented ninja kid and defeat enemy monsters and powerful bosses to bring peace back to the land in this classic action platformer video game! Will you be able to defeat the bosses that are at the top of each tower? Good luck and have fun!

Ninja Kid (originally known as “Gegege no Kitarou: The Evil Yōkai Mirror” in Japan) is a classic platformer video game published by Bandai for the Nintendo Entertainment System (NES) back in 1986. The game is originally based on a manga series “GeGeGe no Kitaro”. The game features an overhead gameplay with several story arcs, each leading to a different mission. Every mission is played in a side-scrolling platforming manner. Try to look for whistles as they can be used to summon a powerful familiar to fight against the bosses.

Play Ninja Kid game online in your browser free of charge on Arcade Spot. Ninja Kid is a high quality game that works in all major modern web browsers. This online game is part of the Arcade, Action, Emulator, and NES gaming categories. Ninja Kid has 1 likes from 1 user ratings. If you enjoy this game then also play games Pokemon Greninja-Z and Naruto: Ninja Council 2. Arcade Spot brings you the best games without downloading and a fun gaming experience on your computers, mobile phones, and tablets. New arcade games and the most popular free online games are added every day to the site.