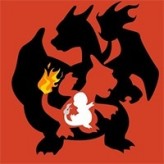 Save the region of Ernah from an evil terrorist team called Vyris, as you embark on a Pokemon adventure! Stop Vyris from awakening an evil Pokemon in Pokemon Battle Fire! Capture over 200 new Pokemons and explore a new land!

Pokemon Battle Fire is an old Pokemon hack with unique graphics and a new map. In this game, you and your family are moving to Macavayenn town in the region Ernah. Unfortunately, you just discovered that the entire region is being terrorized by an evil team called Vyris. Vyris is planning on awakening Virus Lugia and use it to take over the entire region. Stop this organization, train your Pokemon, and become the next Pokemon Master! The game features 202 new Pokemons to get, new gym leaders, new heroes, a new Elite four, and entirely new and very evil team Vyris.

There have been 16 likes from 17 votes on this game.

Play Pokemon Battle Fire game online in your browser free of charge on Arcade Spot. Pokemon Battle Fire is a high quality game that works in all major modern web browsers. This online game is part of the Adventure, Strategy, GBA, and Pokemon gaming categories. Pokemon Battle Fire has 16 likes from 17 user ratings. If you enjoy this game then also play games Pokemon Fire Red Version and Pokemon Emerald Version. Arcade Spot brings you the best games without downloading and a fun gaming experience on your computers, mobile phones, and tablets. New arcade games and the most popular free online games are added every day to the site.