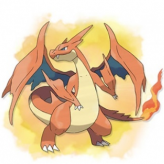 Pokemon Fire Red Evolution is a 2014 Rom hack based on Pokemon Fire Red Version. Unlike most hacks that create entire story lines, this one aims to enhance the original game. The story of the game remains almost untouched, but the game has many new features as well as a higher skill cap and difficulty level. The game features over 416 Pokemons including Mega Evolutions and hidden abilities. Several moves have also received alterations to make them more viable in gameplay and for balance purposes.