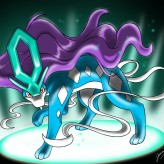 After waiting for years, you finally have a chance to chase your elder brother’s achievements in Pokemon Challenges. Embark on another great adventure in Pokemon Azure Horizons! Explore the region of Zephyr and capture Pokemons from all four generations!

Pokemon Azure Horizons is a 2009 Pokemon hack created from the base game Pokemon Fire Red. The game has many features including Pokemons from many different generations. Start your adventure in the region of Zephyr, capture Pokemons, defeat Gym leaders, and collect badges. Challenge the Pokemon League for yourself, battle with the Elite Four and be the next Pokemon Champion. The game also features new Unova music, more trainer battle themes, features from Diamond and Pearl versions, and many more.

The game is still in Beta Version 1.2

Play Pokemon Azure Horizons game online in your browser free of charge on Arcade Spot. Pokemon Azure Horizons is a high quality game that works in all major modern web browsers. This online game is part of the Adventure, Strategy, GBA, and Pokemon gaming categories. Pokemon Azure Horizons has 5 likes from 5 user ratings. If you enjoy this game then also play games Pokemon Fire Red Version and Pokemon Emerald Version. Arcade Spot brings you the best games without downloading and a fun gaming experience on your computers, mobile phones, and tablets. New arcade games and the most popular free online games are added every day to the site.