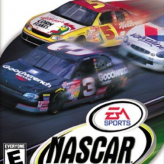 Prove to the world that you can handle the thunderous speed of the NASCAR races! Join the 33 NASCAR driver in NASCAR 2000! Race with Tony Stewart, Dale Earnhardt, and Adam Petty and win the coveted cup!

NASCAR 2000 is a Game Boy Color (GBC) racing video game that features 40 real-life drivers including the 7 legends. The game features 18 licensed NASCAR tracks including the Homestead-Miami Speedway. Based on the 1999 NASCAR Winston Cup series and is regarded as one of the best EA Sports NASCAR series of video games. The game features multiple game modes; Quick Race, Single Race, and Championship Season. Sharpen your moves on those curved tracks and make sure you finish in first place to secure the title of the best racer! Good luck and have fun!

Play NASCAR 2000 game online in your browser free of charge on Arcade Spot. NASCAR 2000 is a high quality game that works in all major modern web browsers. This online game is part of the Racing, Arcade, Emulator, and GBC gaming categories. If you enjoy this game then also play games NASCAR Rumble and NASCAR 99. Arcade Spot brings you the best games without downloading and a fun gaming experience on your computers, mobile phones, and tablets. New arcade games and the most popular free online games are added every day to the site.