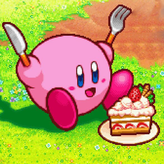 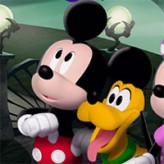 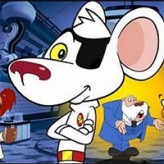 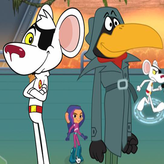 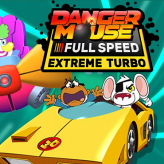 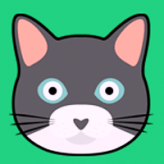 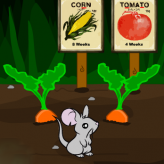 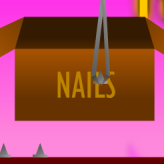 The delicious cake that Kirby is about to eat suddenly vanished! Help Kirby get to the bottom of all this barbarism in Kirby: Mouse Attack. Confront the infamous group of treasure-thieving mice called the Squeaks and get that cake back at all costs.

Kirby: Mouse Attack, also known as Kirby: Squeak Squad, is a 2006 action platformer video game released for the Nintendo DS (NDS) gaming system. As the second Kirby game for the NDS console, Mouse Attack features a lot of improvements from the previous title including new mini-games and touch-screen utilization. However, much of the gameplay remains almost the same. Kirby still has the ability to absorb enemies and use their power by swallowing and absorbing them. The game also has a noticeable number of interactive environments that can be overcome by absorbing the correct enemy ability and utilizing it in the right area and time - like freezing lava to get across. Gameplay emphasizes on three different ability elements: Fire, Ice, and Spark. Each of the ability types will change the environment accordingly - adding a bit of a puzzle element to the action platformer core. A new ability scroll has also been introduced. This new mechanic allows Kirby to power-up any ability and amplify its effects.

Play Kirby: Mouse Attack game online in your browser free of charge on Arcade Spot. Kirby: Mouse Attack is a high quality game that works in all major modern web browsers. This online game is part of the Adventure, Action, Emulator, and Nintendo DS gaming categories. Kirby: Mouse Attack has 3 likes from 3 user ratings. If you enjoy this game then also play games Kirby: Nightmare in Dreamland and Kirby: Canvas Curse. Arcade Spot brings you the best games without downloading and a fun gaming experience on your computers, mobile phones, and tablets. New arcade games and the most popular free online games are added every day to the site.