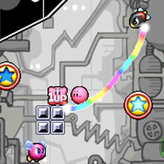 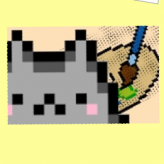 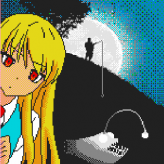 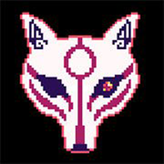 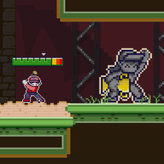 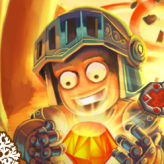 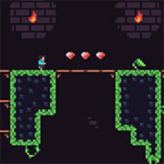 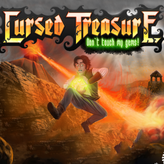 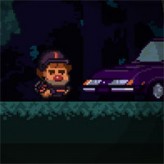 An evil witch named Drawcia suddenly appeared and cursed the land to become a painting. Turn the land back to what it was in Kirby: Canvas Curse! Play the role of Kirby and explore the paint-themed world in this fun and exciting game.

Kirby: Canvas Curse, also known as Kirby: Power Paintbrush, is a 2005 action-adventure platformer video game released by Nintendo for the Nintendo DS (NDS) handheld gaming console. The game generally plays similarly to the other Kirby platformer but with one major difference - the game heavily depends on the stylus to play. This change makes the gameplay rather different and unique from the traditional Kirby games. Because this game is emulated, you will be able to play using your mouse, touchpad, or touch screen. Some gestures are hard to do with a mouse or touchpad so playing with a touchscreen laptop is highly recommended. Will you be able to save the land once again?

Play Kirby: Canvas Curse game online in your browser free of charge on Arcade Spot. Kirby: Canvas Curse is a high quality game that works in all major modern web browsers. This online game is part of the Arcade, Action, Emulator, and Nintendo DS gaming categories. Kirby: Canvas Curse has 4 likes from 5 user ratings. If you enjoy this game then also play games Kirby: Nightmare in Dreamland and Kirby: Mouse Attack. Arcade Spot brings you the best games without downloading and a fun gaming experience on your computers, mobile phones, and tablets. New arcade games and the most popular free online games are added every day to the site.