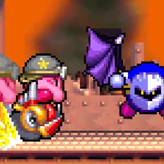 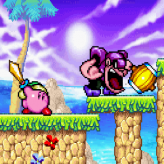 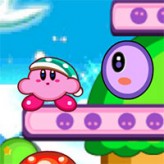 Kirby Super Star Ultra is an adventure platformer game released for the NDS in 2008. The game lets you play as Kirby, a cute, round pink, and a powerful being who can harness the power of what he eats! Run, float and fight your way through the levels as you fight against the evil King Dedede. You can also inhale enemies and spit them out as stars! Complete the main storyline to unlock different subgames like the Revenge of the King, Meta Knightmare Ultra, Helper to Hero, The True Arena, Card Swipe, Kirby on the Draw, and Snack Tracks, so you’ll never get bored on playing! Enjoy!