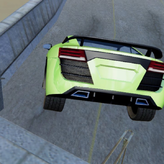 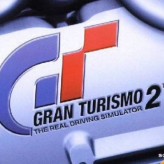 Did you ever dream of taking part in a car racing event and winning the race itself? Get hyped now as your dreams become true in this top-selling and top-played game in the PS1 console - Gran Turismo 2!

Gran Turismo 2 (GT2) is a racing simulation game officially released for the Play Station 1 gaming console (PS1) in the year 1999. The game only gives you one objective: outrace your opponents and win the race! Race through 27 different courses with a lot of people watching you race through those courses, passing laps, and reaching the finish line itself. The game features more than 620 cars, so that's a lot of racing cars! Try to win all racing trophies and make sure to try out the drag racing mode since this game is the only Gran Turismo version with the Drag Racing game mode! Have fun!

There have been 41 likes from 53 votes on this game.

Play Gran Turismo 2 game online in your browser free of charge on Arcade Spot. Gran Turismo 2 is a high quality game that works in all major modern web browsers. This online game is part of the Racing, Simulation, Emulator, and PlayStation 1 gaming categories. Gran Turismo 2 has 41 likes from 53 user ratings. If you enjoy this game then also play games Grand Theft Auto Advance (GTA) and Grand Theft Auto 2. Arcade Spot brings you the best games without downloading and a fun gaming experience on your computers, mobile phones, and tablets. New arcade games and the most popular free online games are added every day to the site.