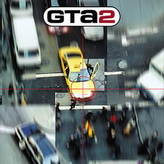 Take your bad-assery to the street and beat up some criminals or be one yourself in this awesome 2D GTA game – Grand Theft Auto 2! Play the game in top down perspective, steal some cars, and shoot some guns!

Grand Theft Auto 2 is a direct sequel to the original classic Grand Theft Auto game. Created in 1999, this open world action adventure game is the last 2D GTA game to be released. Grand Theft Auto 2 is set in an unspecified time in a retro futuristic metropolis referred to only as “Anywhere, USA”. The game itself is split into three levels called “districts”. Each district has a different theme and difficulty in terms of enemies. Fight against other criminal gangs in this classic retro styled game.

There have been 10 likes from 14 votes on this game.