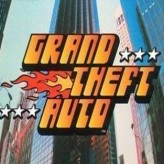 Explore the vast city with your stolen vehicle and defeat various gang members and escape the cops in this fun free-roaming video game – Grand Theft Auto!

Grand Theft Auto is a top-down free-roaming action-adventure video game released back in 1997 for various gaming consoles but was ported to the Game Boy Color (GBC) handheld gaming system back in 1999. Essentially, a classic game, the Grand Theft Auto (GTA) video game is an open-world video game set in the fictional New York called Liberty City. The game is made up of six levels split between the three different major cities. The objective on each level is to reach a target number of points, which can be achieved by performing various tasks for the city’s local crime syndicate.

There have been 48 likes from 53 votes on this game.

Play Grand Theft Auto game online in your browser free of charge on Arcade Spot. Grand Theft Auto is a high quality game that works in all major modern web browsers. This online game is part of the Adventure, Action, Emulator, and GBC gaming categories. Grand Theft Auto has 48 likes from 53 user ratings. If you enjoy this game then also play games Grand Theft Auto Advance (GTA) and Grand Theft Auto 2. Arcade Spot brings you the best games without downloading and a fun gaming experience on your computers, mobile phones, and tablets. New arcade games and the most popular free online games are added every day to the site.