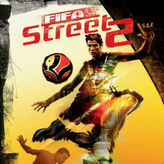 Play an amazing football game on the streets and discover and use new moves and tricks that you can’t find in the official games in FIFA Street 2! Learn various tricks and be the first to score the required number to win the match! Good luck and have fun!

FIFA Street 2 is a sports football video game that was released back in 2006 and is a direct sequel to the game FIFA Street. Released to various gaming systems including Nintendo DS, the FIFA Street 2 is unlike your regular football and soccer games. This game is based on the unofficial Street Football game where the rules and game mechanics are generally the same as the official matches, but with a few irregular moves and rules that make the game a lot more interesting.

There have been 12 likes from 13 votes on this game.

Play FIFA Street 2 game online in your browser free of charge on Arcade Spot. FIFA Street 2 is a high quality game that works in all major modern web browsers. This online game is part of the Sports, Emulator, and Nintendo DS gaming categories. FIFA Street 2 has 12 likes from 13 user ratings. If you enjoy this game then also play games FIFA 07 Soccer and FIFA 99. Arcade Spot brings you the best games without downloading and a fun gaming experience on your computers, mobile phones, and tablets. New arcade games and the most popular free online games are added every day to the site.