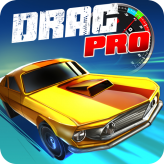 Play as one of the cool characters from the GT series of the Dragonball franchise in this fun fighting video game – Dragonball GT: Final Bout! Play as the powerful Super Saiyan and fight for the safety of the Earth.

Dragonball GT: Final Bout, also known as Dragon Ball: Final Bout, is a 3D fighting video game released back in 1997 exclusively for the PlayStation gaming console. The game features a total of three game modes to play: Battle mode, tournament mode, and build-up mode. The specialized build-up mode allows the players to choose one character and develop him/her to exceed the usual limit through rigorous training. Characters trained and built using the build-up mode can be used to fight against other players using their own custom-trained characters.