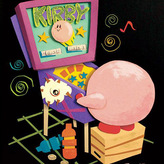 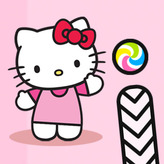 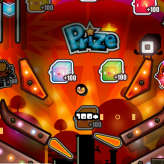 Paddle Kirby back and forth as a ball in this Kirby-themed pinball game! Play on three different worlds in Kirby’s Pinball Land! Bounce and earn some points on the bumpers and play on three classic boss levels in this retro pinball game.

Kirby’s Pinball Land (also known as Kirby’s Pinball) is a classic 1993 pinball video game released by Nintendo for the Game Boy handheld system (GB). This game was the very first spin-off of the Kirby franchise and features our beloved pink creature Kirby as the ball. The game features three pinball tables (lands), each owned by a classic Boss of the Kirby series: Kracko, Wispy Woods, and Poppy Bros. Senior. Each floor has various gimmicks that can help Kirby reach the next floor, or bring the Warp Star for Kirby to hop on to. An overall fun game despite the outdated visuals.

Play Kirby's Pinball Land game online in your browser free of charge on Arcade Spot. Kirby's Pinball Land is a high quality game that works in all major modern web browsers. This online game is part of the Arcade, Skill, Emulator, and GB gaming categories. Kirby's Pinball Land has 6 likes from 6 user ratings. If you enjoy this game then also play games Kirby's Adventure and Kirby's Dream Land. Arcade Spot brings you the best games without downloading and a fun gaming experience on your computers, mobile phones, and tablets. New arcade games and the most popular free online games are added every day to the site.